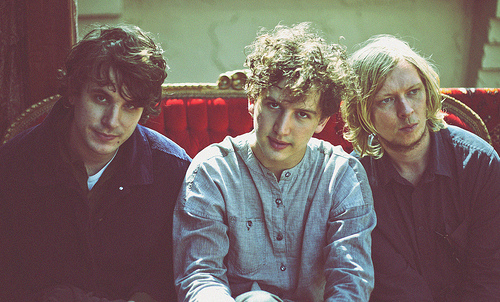 Check out a nice cover of the Troggs “With A Girl Like You” from New Zealand’s Popstrangers. The band had this to say about the song, “We had been listening to “With A Girl Like You” quite a bit late last year and naturally started to play the song at band practices. That led to occasionally including it in our live set. The response was always really good so we recorded it one evening with our friend Ed. We probably had a few ideas of how we could make it our own, but in the end the original was just so good we kept it pretty similar. It was sad to hear that Reg Presley passed away recently. The fact that people in their 20’s living at the bottom of the world are still thrashing his song proves how great it is.”