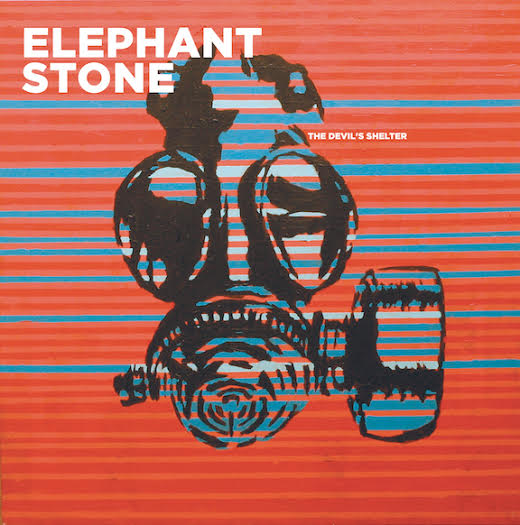 Elephant Stone has been a band we have followed from our beginning and they now have just released the a track titled “The Devil’s Shelter,” which features the guest vocals of their good friend Alex Maas of The Black Angels.
Elephant Stone’s Rishi Dhir speaks of the inspiration that brought about “The Devil’s Shelter”, “I knew all along that the dark mood of this song needed something even darker. Lo and behold, a Black Angel came to my rescue. Alex Maas and I have been friends for well over 10 years and I try to collaborate with him as much as possible. I sent him a bunch of my demos for our new album to get his feedback. Of all the songs, I felt this one was missing something. He offered to re-sing this whole song and I could do with it what I wanted. On the first playback of his vocals, I knew the song had what it needed. His voice can summon Tibetan monks, Nico and the devil all at once. He definitely brought the darkness to my light.”
Next month Elephant Stone begin a tour of the west coast right after they play one night only at the Turbo Haüs in their hometown. Enjoy the track below and you can see their tour dates below.

Desaparecidos Forced To Cancel Remainder of US Tour