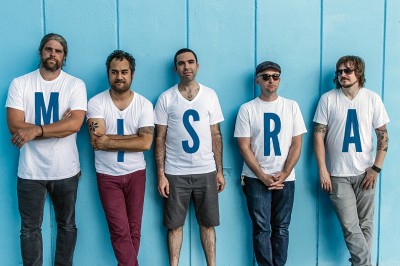 We keep telling you about one of our favorite Dayton, Ohio bands Motel Beds and they are now even closer to your record player. The band has officially signed with Misra Records and already has several cool projects in the pipeline.
Misra is set to release a R. Ring / Motel Beds split 7-inch for “Singing Tower” b/w “Tropics of the Sand” (video below) later this year. Kelley Deal can be found on both tracks!

“Tropics” (an older track) is a single off a forthcoming Motel Beds release titled ‘These Are the Days Gone By.’ The 12-track album highlights a number of Beds favorites — all remastered by Carl Saff (Guided By Voices, Dinosaur Jr, Thurston Moore) with added bass parts via Tod Weidner. ‘These Are the Days’ will also feature a never-before-heard version of “Sunfried Dreams”, along with a Matthew Sweet cover.
Motel Beds are set to tour consistently next year – so get ready! They just might be your new favorite band!