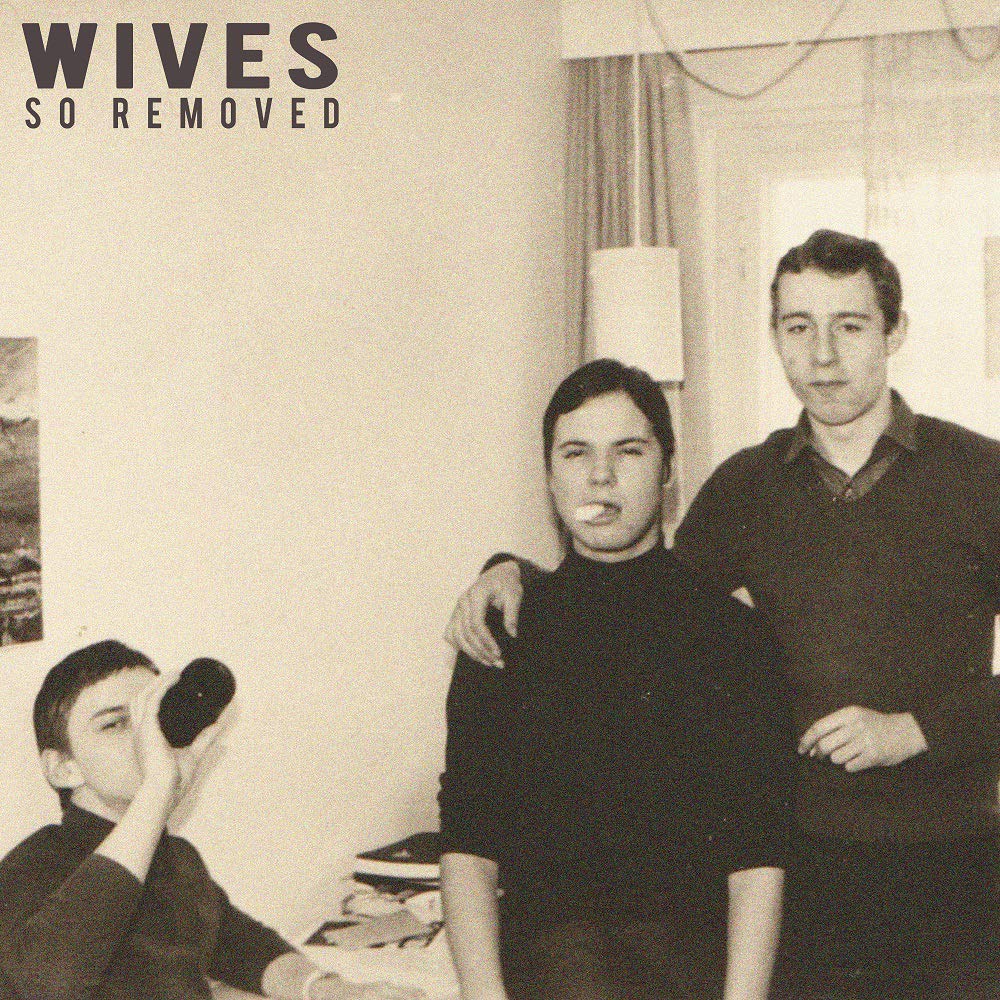 Who: So Removed is the debut album from Queens, NY-based post-punks WIVES.
Sound: WIVES have the New York swagger of The Strokes, channel the DC post-hardcore of Girls Against Boys, contain an edge of The Fall and bring out a similar Frank Black type Pixies vocal delivery.
TFN Final Take: Right off the bat, from opening track “Waving Past Nirvana,” you will instantly connect to the coolness of WIVES. The pulsing song brings a very Girls Against Boys “Kill The Sex Player” type vibe and falls farther and farther off its rails as the track continues. “The 20 Teens” is next and it showcases WIVES ability to give you a big catchy anthem hook. The sing along moment reminds me of several Libertines songs that stay in your ear but are slightly off because of the gruff vocals from Pete Doherty. Frontman and guitarist Jay Beach has that same gruff as he possesses a talk/sing approach to songs also similar to Andrew Savage (Parquet Courts). He is constantly engaging his audience and makes you pay attention to every lyric.
WIVES as a band is punchy. All the instruments on So Removed grind with a sophisticated grit that is driven from guitarist Andrew Bailey, which is also a member of DIIV. Every note sounds like it is in the right place, while at the same time you never quite know where WIVES are going. That anticipation combined with some of the swirling Sonic Youth moments, like on “Why Is Life,” gives So Removed a high replay value. Near the end of the record you also get a more distorted foot stomper in “Hideaway” that keeps things moving and gives the album the right amount of punk injection. Basically, if you are looking for a new band that brings reckless abandon to your speakers, I do believe WIVES might be just right for you!
WIVES Website
WIVES Facebook
City Slang
– Reviewed by Thomas Wilde