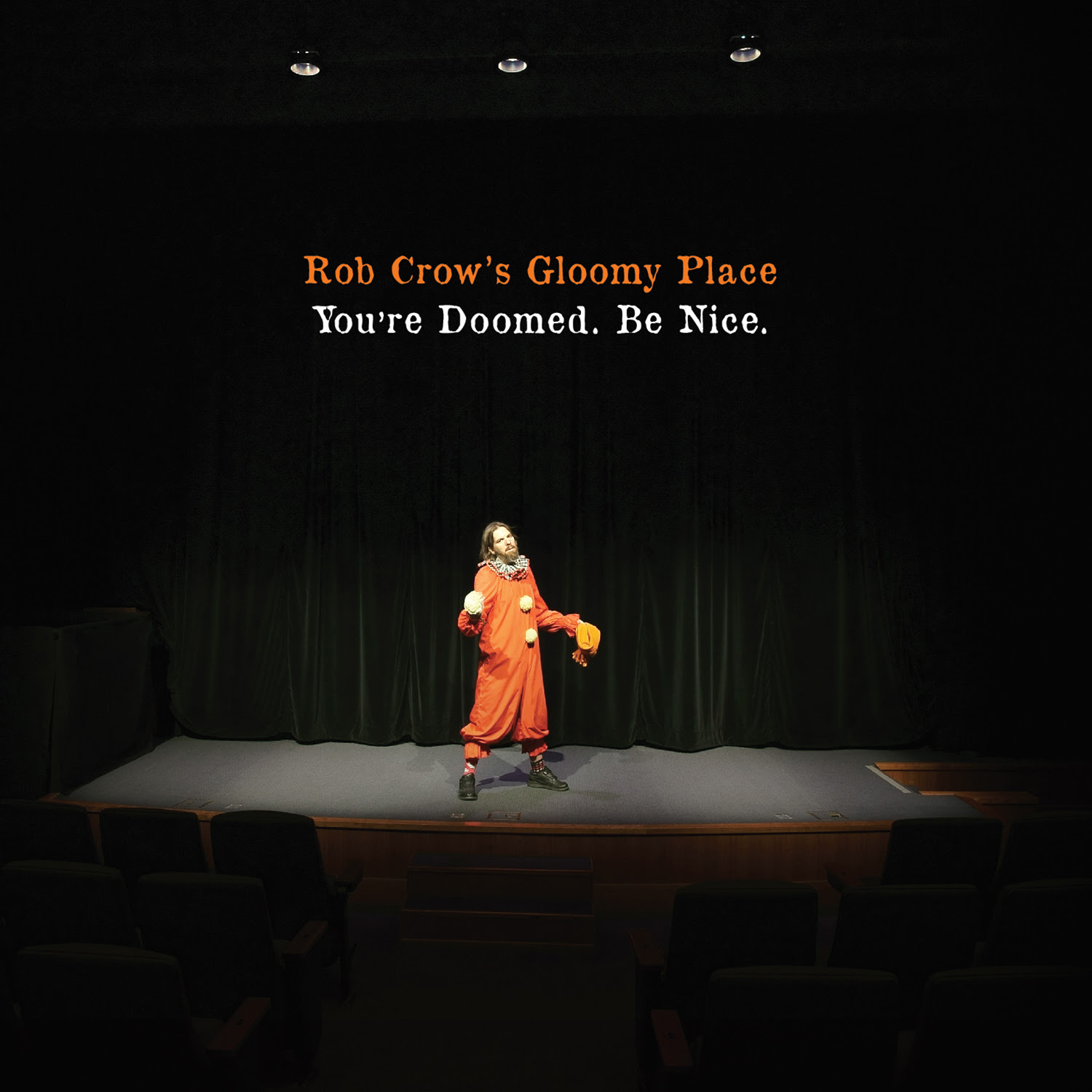 Fire Drill Album Review: I think everyone collectively sighed when Pinback’s Rob Crow publicly withdrew from music early last year but let’s pretend that did not happen because one of indie rock’s best vocals is back with a new band respectfully titled his Gloomy Place. From the first track, “Oh, The Sadmakers,” you know that Crow is in his groove as the upbeat song has his signature layered vocal and harmony parts while adding in some muscular guitar and drum work that will pummel you near its conclusion. Later, “Business Interruptus” bounces with its whoa whoa whoa sing along moments that is as confident as anything Crow has ever released.
Gloomy Place is a band made up of close friends that includes another member of Crow’s beloved early 90’s band Heavy Vegetable. You’re Doomed. Be Nice. was recorded and mixed by Ben Moore (Hot Snakes), and keeps sneaking in these powerful rock moments that crash over you. The music sometimes gives you a more prog-pop approach while also giving you the Crow up and down angular vocal changes which I always love. I think this record surpasses all of his solo work and easily falls in line with Crow’s Pinback material. If you have been a fan, You’re Doomed. Be Nice. is a must.