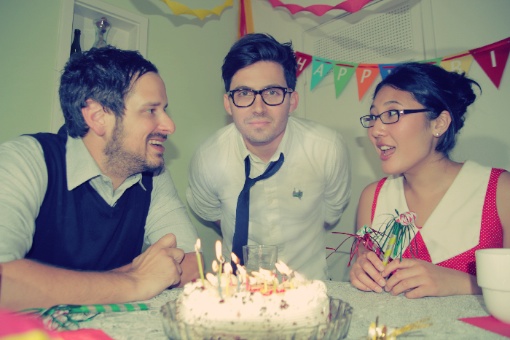 Joshua Hanson’s delicate voice with a sweet Midwestern twang is the forefront of Yellow Red Sparks’ intricate indie folk sound, but with the added elements of chimes and stand-up bass on their new self-titled single “Yellow Red Sparks” (Yes, the band, album and single are all titled Yellow Red Sparks…INCEPTION!) you and your earbuds will feel as though you have been lifted into the sky. Check out the single as their self-titled record is out January 29, 2013 via Org Music.