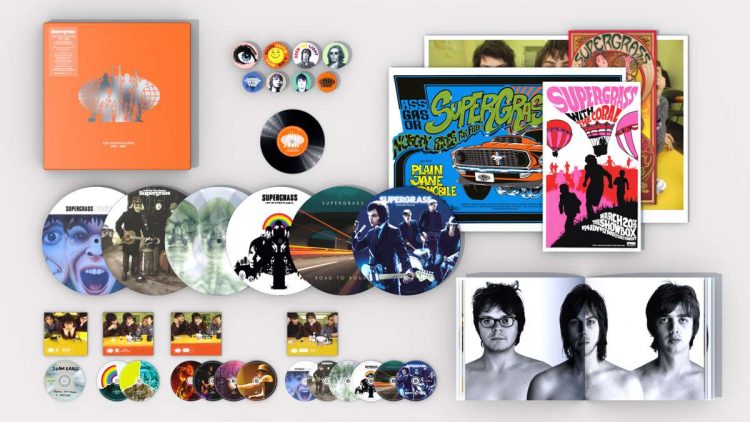 Supergrass have announced they are reforming for a theatre tour of the UK, Europe and North America in 2020. The thirteen date tour will kick off in Paris on 4th February, before the UK leg culminates with a huge show at London’s Alexandra Palace on 6th March 2020. Tickets go on sale Friday 13th September from 9:00 am.
A career spanning Best-of package ‘Supergrass: The Strange Ones 1994 – 2008’ has also been announced plus this comprehensive box set, marking the 25th anniversary of I Should Coco, is a celebration of Supergrass’ incredible career and is released on BMG on January 24th.
The deluxe box contains their 6 original albums on picture disc LP and CD, bonus CDs of unreleased live material, B-sides, remixes, rarities, studio out-takes, demos, acoustic versions, oddities, new mixes, a deluxe book, posters and button badges. It also features over 6 hours of previously unreleased audio material. The boxset contains 5 previously unreleased tracks which includes a cover of The Police’s ‘Next To You.” You can read the full details on the box below and pre-order HERE.