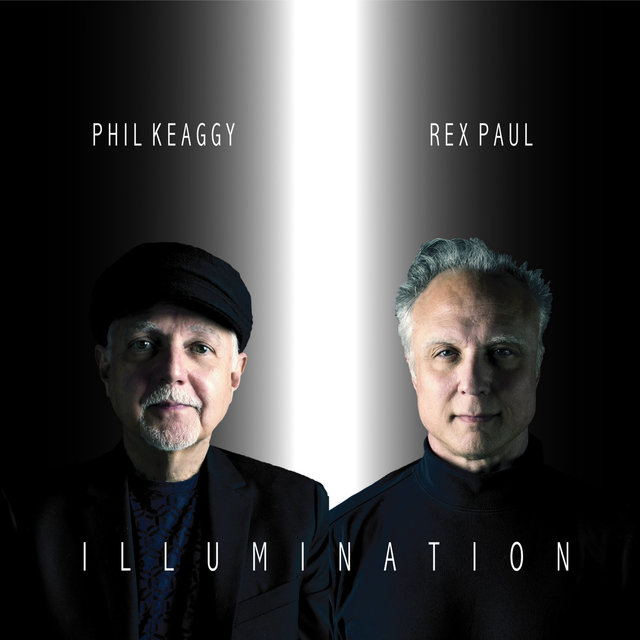 Fire Note Says: World class guitar hero, Phil Keaggy collaborates with Rex Paul to produce one of the most polished recordings of his long career.
Album Review: When I last wrote about guitarist Phil Keaggy for TFN it was earlier this year in a review of his third collaboration with Celtic/new age keyboardist, Jeff Johnson on the instrumental album, Cappadocia. To introduce Keaggy, I wrote this: Keaggy is a virtuoso, a guitarist’s guitar hero, who’s perhaps less well known broadly because most of his recorded work has been within the musical subculture of the contemporary Christian world. In the early 70’s, Keaggy was part of the Glass Harp, a mainstream power-trio out of Youngstown, OH, drawing strong crowds and recorded 3 albums for Decca Records by 1972, with many expecting they would quite naturally follow another area band, The James Gang with Joe Walsh, to national stardom.
However, in 1973, Keaggy left to go solo, recording an early Jesus music album classic, “What A Day,” playing all of the instruments, before he joined a religious commune near Ithaca, NY. From there, Keaggy released more albums, including his 1978 instrumental tour de force, “The Master & The Musician.” Over the intervening decades, Keaggy has stayed active, recording 60 album and touring, developing a steady fan-base of guitar fans, doing some remarkable work even within the confines of that conservative religious marketplace. Especially noteworthy are his live concert albums recorded in collaboration with 2nd Chapter of Acts, “How the West Was One,” a Beatlesque tribute “Phil Keaggy and Sunday’s Child” with Randy Stonehill providing a John Lennon to Keaggy’s McCartney, and a blues rock highwater mark, “Crimson & Blue,” along with innumerable instrumental albums that will appeal to guitar players and fans of the instrument.
At 68, Keaggy remains as active as ever. In addition to his album with Johnson, he collaborated with Peter Gabriel’s rhythm section—bassist/stick player Tony Levin and drummer Jerry Marotta—on a collection of jazz/rock power trio instrumentals that were released earlier this year as “The Bucket List.” Levin, of course, has also worked with King Crimson, while Marotta has played behind Paul McCartney, Hall & Oates, and Elvis Costello.
Here on Illumination, Keaggy joins forces with Rex Paul (full name, Schnelle), an Austin native whose credits include work with Randy Bachman (Guess Who/Bachman Turner Overdrive), Jack Blades (Night Ranger) and a host of country acts, working on demos, playing and producing. Here on a collection of originals and reworking together some of Keaggy’s classics, Paul puts Keaggy’s great guitar work on display in crisp, pristine productions that resemble late 70’s/80’s polished pop/rock from the likes of Boston or Survivor, which makes an old favorite like “Full Circle” feel remarkably fresh and current.
Of course, with titles like “Glorify Your Name” and “Day of the Lord,” it’s obvious Paul has placed Keaggy in a context very close where he began his CCM career, emphasizing lyrics about Jesus, the judgment and the end of time, and the life of faith. As such, it’s a pretty positive, if not uplifting approach, but it’s in the mold of classic Jesus Music, which will limit its appeal to a pretty specific audience. But, for those not put off by the religious context, “Calling Us Home,” is a punchy rocker with some great soloing, and they go back for one of Keaggy’s best guitar riff’s, “Time.”
Paul’s production pays off best on the rockers, but he mixes in a variety of pop/rock and a power ballad or two, and Keaggy’s and Paul’s voices blend nicely, this may be the best sounding rock album of Keaggy’s career, production wise. And man, oh man, and this guy play. His solos soar, they grind the groove, the tear a hole in the sky… he’s a monster, with few players anywhere near his league. Fans of old school guitar heroes deserve to hear this guy play at least once in their lifetimes, but likely few will settle for just once. And, to aid in that regard, in addition to the many CDs, Keaggy still has available for purchase from his website a collection of nearly 40 albums, rarities and live recordings at philkeaggy.bandcamp.com for download purchase. For vinyl fans, Keaggy and Paul will be releasing an 8 song pressing of tracks from Illumination, later this year. And, of course, he’s still out playing live… in fact, for SW Ohio fans, Keaggy will be playing at Dayton’s Yellow Cab Tavern with Burlap to Cashmire coming up on July 21. He’ll be doing an opening solo set, and then joining the BtC guys toward the end of their set.
Key Tracks: “Full Circle” / “Calling Us Home” / “Time”
Artists With Similar Fire: Eric Johnson / Randy Stonehill / Eddie Van Halen
Phil Keaggy Website
Phil Keaggy Facebook
– Reviewed by Brian Q. Newcomb