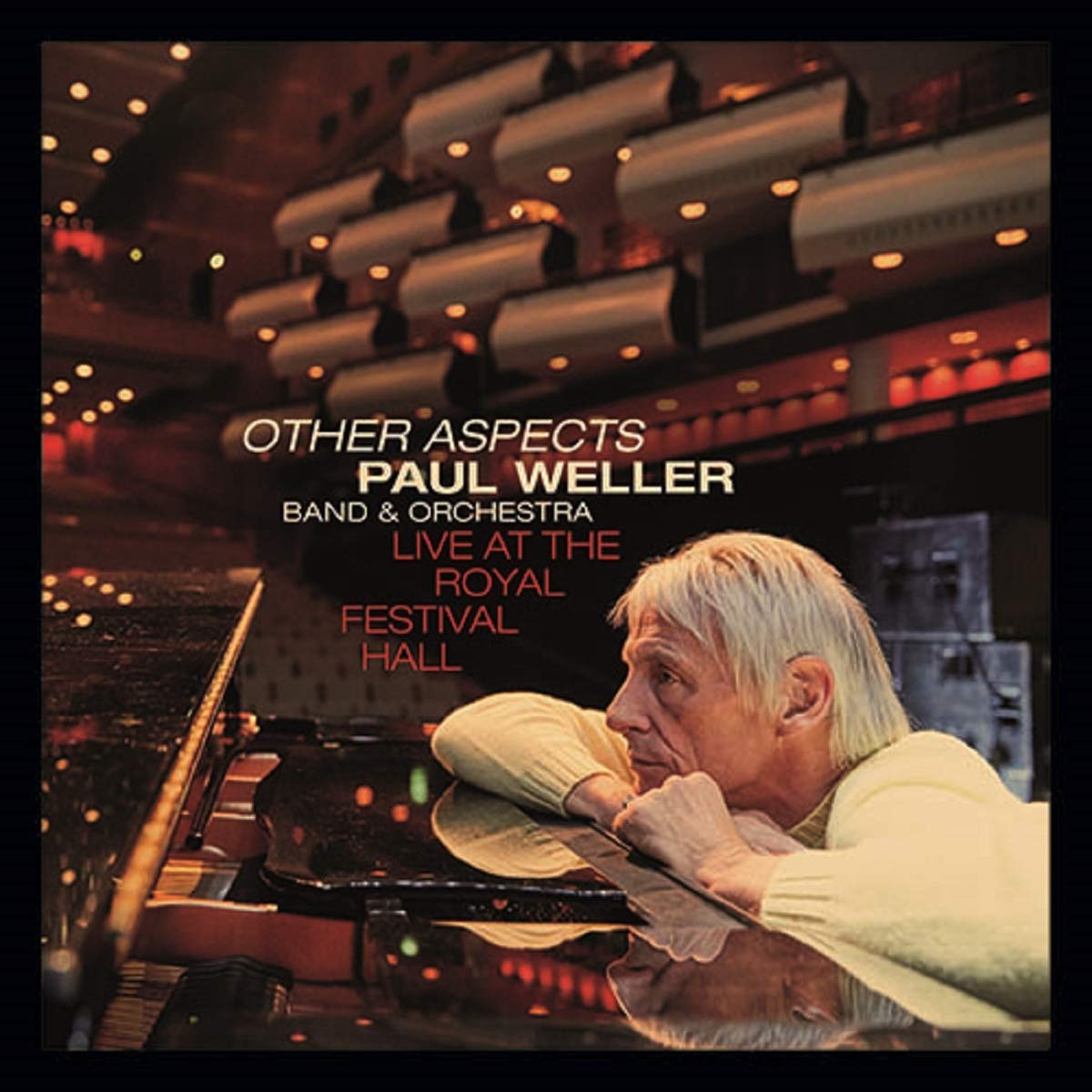 Album Review: At 60, Paul Weller, who started his career leading the seminal punk/mod revival band The Jam and spent a few years in The Style Council, a Britpop group with R&B/soul and jazz leanings, before his long and substantial solo career, has reached a point where he’s quite comfortable owning his standing as one of England’s major pop music talents. With 15 studio albums under his own moniker, and a number of live albums that chronicle the hits from both his earlier bands and his solo successes, Weller settles in with an orchestra added texture and depth to his band and supportive players, leaning heavily on 2018 release, “True Meanings,” and diving deeper into his substantial catalog.
You can really hear the impact of the orchestra that gives a fresh and lively reading to Weller’s songs throughout Other Aspects, when you tune into his more familiar pieces. The Jam classic, “Private Hell,” where the arrangement allows for deep swells from the strings, and the punchy middle section that brings the horns to the fore, offers a tip of the hat to the baritone sax’s role in the classic rock & roll of yesteryear. As with this one, the other two Jam tracks we notice some of the orchestra’s broadest work. “Boys About Town” settles for the strings following the lead of the Hammond organ, while an acoustic guitar keeps tempo with the drummer on the edgier rock beat, and “Tales From the Riverbank” gets an inventive orchestration that follows the melody on piano to lush string and horn accents.
On the two songs from Weller’s Style Council years, “Have You Ever Had It Blue” emphasizes its Latin rhythm with the band’s jazz leanings out front as the organ and electric guitar give way to several strong trumpet solos, but “Man of Great Promise,” uses the orchestra and horn section in a way reminiscent to some of the Motown records that were always influences. Weller is in strong voice throughout the 25 tracks that make up this double-disc collection, occasionally even capturing the Rat Pack vibe of an earlier generation of pop crooners who were always comfortable fronting the more traditional orchestrations, yet Weller never loses his unique place in the nostalgia or sweep of the larger, wider sounds.
While most of the solo material, 11 tracks in all, come from last year’s album, he goes all the way back to early solo career, including his ‘92 debut for “Strange Museum,” which has an old school jazz rock vibe. “Wild Wood,” from the ’93 album of that name, mixes a folk acoustic guitar with strings and a lovely flute solo, while “Where’er Ye Go,” from ‘08’s “22 Dreams,” strips things back to piano and cello.
One complete change of pace is “Books,” where Weller is joined by Indian musicians playing authentic ethnic instruments. The numerous tracks from “True Meanings,” most leaning already toward acoustic folk rock, all transfer very nicely to these larger, lusher orchestrations, as heard in the dreamy numbers like “Glide” and “Gravity,” as well as “The Soul Searchers,” which has those great soul group vocal harmonies.
These days, it seems like everybody and their Mother is trying on the orchestra sounds to bring new flavors to live shows. Local orchestras often do “pops” shows with classic rock groups like America, and even Indigo Girls and Iron & Wine have toured with strings. Paul Weller’s at a place in his lengthy career where this combination at the Royal Festival Hall, filmed for a DVD that accompanies some versions of the album, where this re-visioning of his music makes perfect sense, and fans who’ve hung with him through the decades will no doubt appreciate this classical approach.
Key Tracks: “Have You Ever Had It Blue” / “Private Hell” / “Gravity”
Artists With Similar Fire: Paul McCartney / Joe Jackson / Sting
Paul Weller Website
Paul Weller Facebook
Warner Bros. Records
– Reviewed by Brian Q. Newcomb