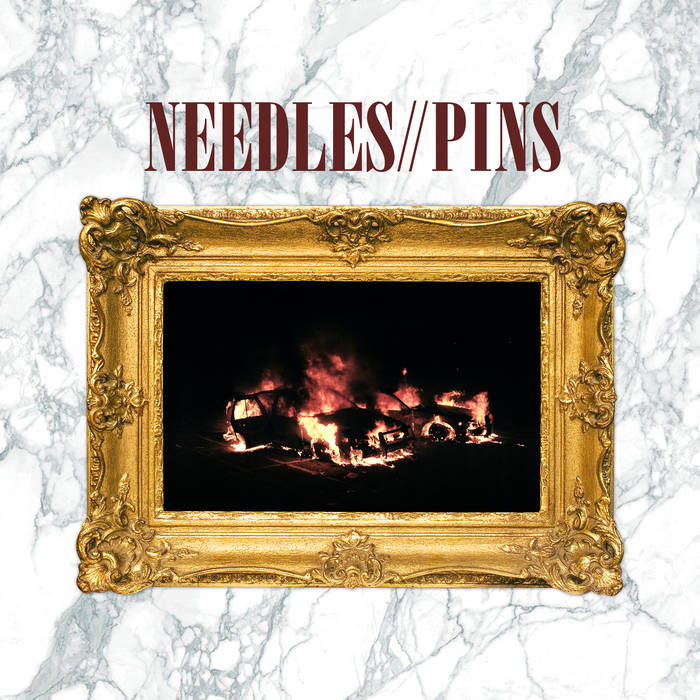 There is so much music that was created during the pandemic year that it honestly has been hard to keep up with the volume. With the time of isolation, fear, and depression many artists have already released more intimate sets of music as everyone found a different way to collaborate and cope. The good news here is that Vancouver’s Needles//Pins did what they know how to do best – produce a gritty punk rock record.

This self-titled release is the band’s fourth long player and first since 2017. It is gruff, focused and keeps the punk flag flying high with its musicianship. Guitarist/vocalist Adam Solomonian never slows down as the frontman and his gravel weathered vocals give the tracks all a road weary vibe and a depth that is sometimes harder to find on a punk album. There is no one better when the band rips it up on a song like the opener “Woe Is Us” and its follow up song “A Rather Strained Apologetic.” What I really like about Needles//Pins is that the band is never afraid to slow the tempo down. “Winnipeg ’03” is one of those tracks that offers an excellent different side of the group and highlights how musically tight this group can be that only gets better when they come together and harmonizing at the end.

Needles//Pins keep things short here as the total runtime for their 10 songs is 23 minutes. They utilize every minute to give their all and Needles//Pins clearly benefits from the effort. This is an easy punk record to pick up and play as these songs quickly settle into your head. In a world that has been damaged on multiple fronts, Needles//Pins have a created an outlet here that is simple to listen to and just forget about any issues for a short period of time. Everyone needs that type of mental health break once and while and Needles//Pins grit and gruff meets the demand!

Key Tracks: “A Rather Strained Apologetic” / “Of Things Best Left To Chance” / “I Was Underjoyed, If That’s A Word”

Amyl And The Sniffers – “Guided By Angels” [Video]