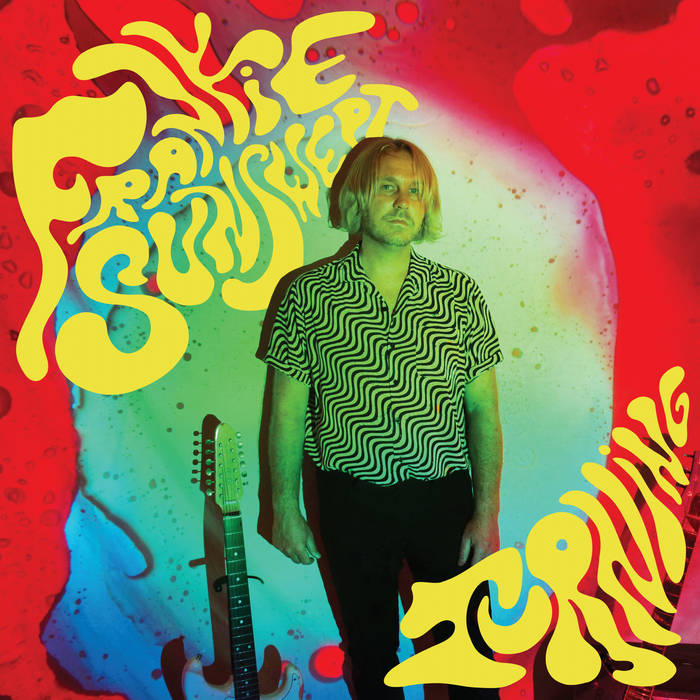 You may know of Frankie Sunswept from his previous band Crushed Out which played a higher octave fuzz guitar with several beats mixed into the song structures. Now out on his own, Sunswept’s debut, Turning, provides a solid kaleidoscope of pop, soul, rock, blues and psychedelia for a satisfying listen from front to back.

Placing too many styles into a debut can always be treacherous territory because the artist runs the risk of never establishing an identity. This is where Frankie Sunswept succeeds because he is able to transition each track here seamlessly with his sincere and likable vocals that reminds of Brendan Benson (The Raconteurs) regardless of the genre you may categorize the song. Be it the blues on “This Bleeding Heart,” the Avett Brothers type folk, complete with mandolin, on “Married In My Mind” or the Beatlesque “Longing”, Sunswept never breaks a sweat or seems out of his comfort zone. In fact, his worldview of musical tastes only helps to engage the listener on Turning.

Turning also has plenty of catchy lyrics that are easy to identify with like on “Talk” when Sunswept politely but directly states, “don’t want to talk about the weather, you ain’t no weather vane” or the chorus on “Light Of Heart” when he delivers the realization of “In one ear every voice is clear, In the other I’m deaf to hear myself.” This type of singer/songwriter writing is always important and Frankie Sunswept checks the box.

Turning is a record that you do need to spin more than once to let it sink in because the songs will grab you. The many-hued approach of Frankie Sunswept is worth your support and it is an album that works so well just rotating in your playlists.