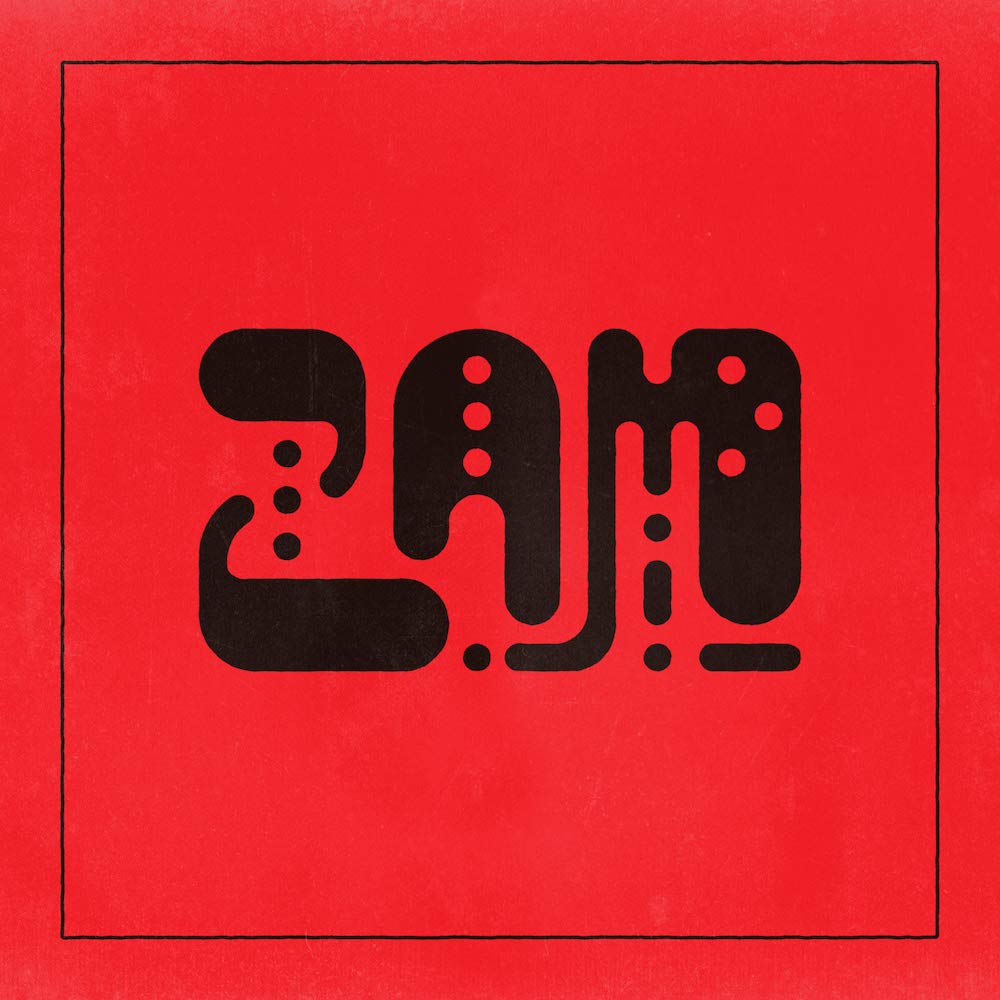 Fire Note Says: Frankie and the Witch Fingers return with equal parts dark arts and mischievous psychedelic heart for their fifth long player.
Album Review: Frankie and the Witch Fingers has been a group that the Fire Note has kept on their radar since their debut, Sidewalks, impressed us in 2013. What continues to impress us is that their past three albums, Frankie and the Witch Fingers (2015), Holy Roller (2016), and Brain Telephone (2017), has all delivered so much fun, fuzz, and psychedelic consistency that you can’t help but be impressed. ZAM, Frankie’s newest outing, takes psychedelics down a dark, spiral staircase into the dungeon.
ZAM, like the title assumes, is an album with many tricks up it sleeve. “Dracula Drug” warps us to the swampy, moonlit outskirts of Dracula’s castle. But, instead of fangs to the neck we’re greeted with a sinister monster mash and quick guitar stabs that pierce the mind like a Illithid. “Work” starts out like a standard Oh Sees banger but, midway finds new life in a dancy, hip shaking groove. “Pleasure” is the gelatinous cube of the bunch. Dylan Sizemore shouts his vocals arounds as the band bends, ungulates, metamorphosizes over top.
ZAM, starts with a strong first half but, really saves the best for last. “Cobwebs” divides its time between a jaunty, sinister, gnashing snarl and punky, light speed wormholes. “Dark Sorcerer” brings one of the albums most satisfying tunes. The chorus is nothing but attention grabbing: “Lock the heavy door, float over to her, eternal as you are, dark sorcerer, dark sorcerer.” Before it’s all over your pumping your fists in the air. Jams, “I Am” and “Underneath You” works well to rival the best output of Oh Sees. Finally, after the dust settles, all is calm, and castle has been reduced to ruins the “Head Collector” appears to enact his sweet, gentle, malicious, and deeply sinister vengeance.
With ZAM, Frankie and the Witch Fingers have encapsulated a time. ZAM is an album that takes the punk, psychedelics, and the psychotic sock-hop vibe and recasts it as their own. It’s the same variables that made the Oh Sees Carrion Crawler/The Dream, Putrifiers II, and Floating Coffin (2013) so successful. The big, wide open energies mixed with pacing, mood, and the fantastic come downs that were “Wicked Park” and “Minotaur.” ZAM portrays a battle ax wielding Executioner but, under the cowl lies a goofy, zany grin. If fast paced psychedelic time travel trips are your thing then this head splitter will do exactly that.
Key Tracks: “Dracula Drug” / “Dark Sorcerer” / “Head Collector”
Artists With Similar Fire: Oh Sees / CFM / White Fence
Frankie And The Witch Fingers Website
Frankie And The Witch Fingers Facebook
Greenway Records
– Reviewed by Christopher Tahy