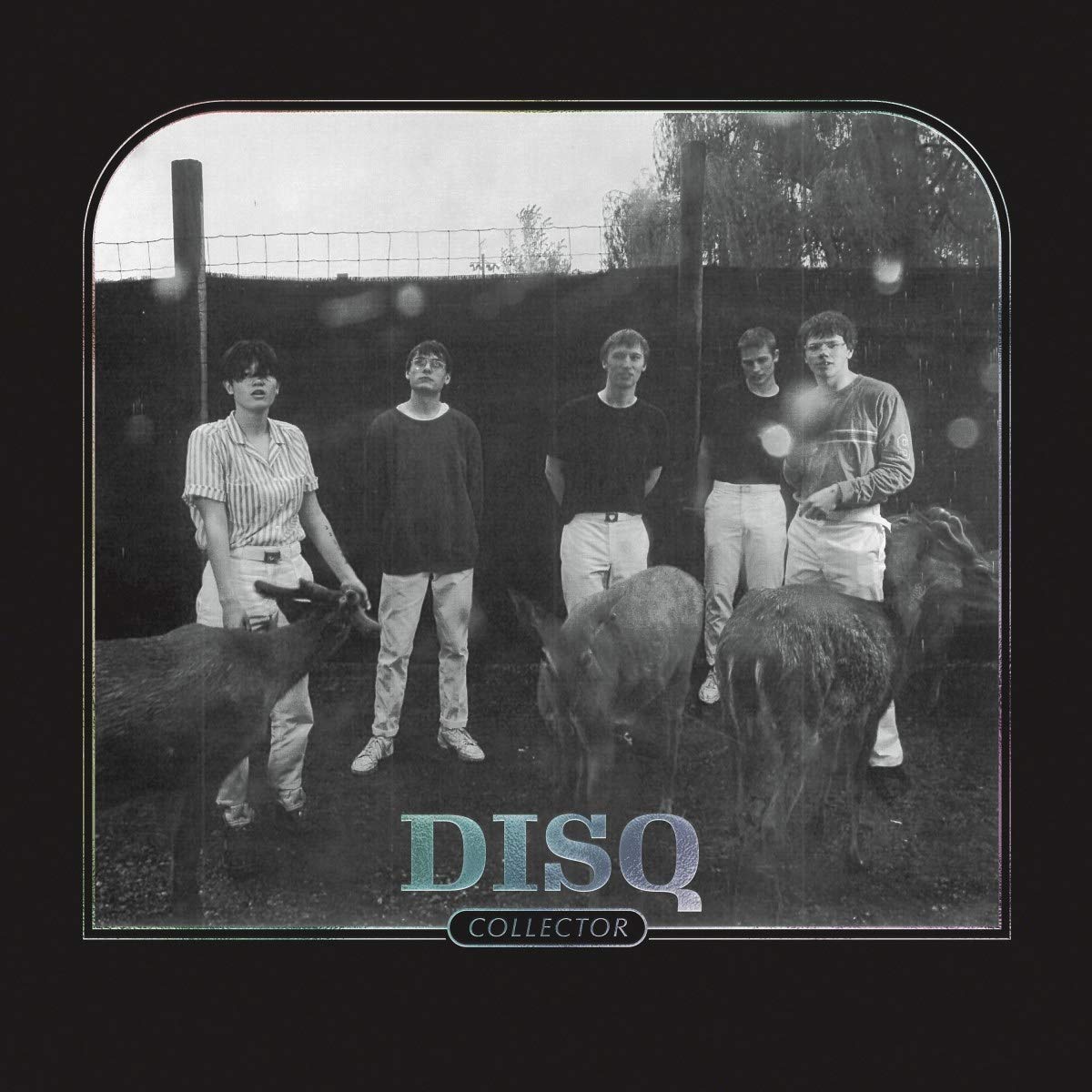 What is not to like about Madison Wisconsin’s Disq? They are a young five piece barley into their twenties that play a combination of power pop, indie rock, post punk and just overall have released a very catchy and carefree debut record.

When the opening line of first track “Daily Routine” gives you sort of a yawn  lyric “This is my daily routine, spend my hours on computer screen” with pounding drums and a muscular indie rocking guitar, Disq instantly gets your attention as they already sound well ahead of their age, even though they are confirming your perception of this younger generation on exactly how you think they spend their days! The album follows the same lyrical pattern as Collector highlights their extreme skepticism with a more pressing importance to it.

What I like about this record is Disq shows a multitude of sides to their music without Collector sounding fragmented. The band can ramp it up on a track like “I’m Really Trying” that has a Parquet Courts pulse while overall the album reminds me of the very talented 90’s indie group The Grays, which had Jason Falkner (Jellyfish), producer Jon Brion (The Bats), Buddy Judge, and Dan McCarroll. This switching styles while creating memorable tracks is a talent within itself as Disq sound modern and fresh with melodies that implant quickly in your head. Even the video game pulse on the instrumental “Fun Song 4” gives Collector an interesting twist.

Collector was recorded with producer Rob Schnapf (Beck, Elliot Smith, Kurt Vile) which seemed to be a good fit as the album thrives on its 90’s indie rock vibes. With their young age, Disq can go anywhere from here which is exciting because this is a group that easily has more in the tank.