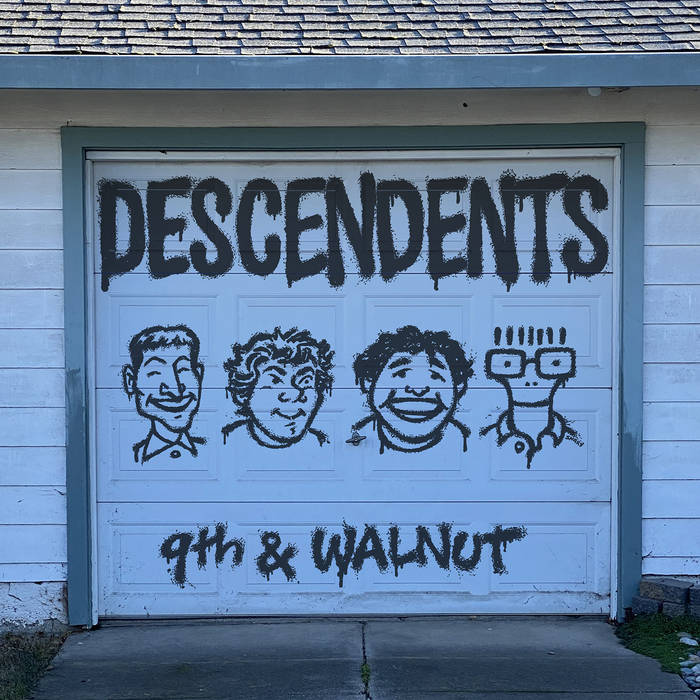 Classic punk band Descendents newest album, 9th & Walnut, is actually a collection of songs written from 1977 through 1980. They were on a shelf until finally recorded to tape in 2002, but luckily were brought back out last year during the band’s downtime. Most of the tracks were never heard by vocalist Milo Aukerman, which joined the band in 1979 after the release of their debut 7″, so adding his vocals to these songs feels natural.

So what is great about these tracks is that they sound fresh. Milo on vocals with current mixing technology gives the tracks a stage that they would not have had in the 70’s. All of the passion behind the songs we have come to expect from the Descendents is here as the energy level never once drops. What you can hear is that the songwriting is young and many of these songs do not compare with the track listing that became the punk staple that is Milo Goes To College (1982). With that said, there are some highlights like the catchy punk rhythm of “Nightage” that reflects the Descendents formula down to the last note. The other cool thing about this 18-track collection is that both their debut tracks, “Ride The Wild” and ”It’s A Hectic World,” get the Milo treatment.

Overall, if you have ever been a fan of the band 9th & Walnut is a worthy pickup. It does really highlight how the band quickly evolved with Aukerman and it is really fascinating when you play back these songs knowing what would come next. The tracks are full of youthful angst and now with most band members in their late 50’s, and original bassist Tony Lombardo at 76, it is a bit of a time warp. That ultimately never matters though because punk rock will live forever and the Descendents will always be in the conversation!

Artists With Similar Fire: Bad Religion / All / Off!