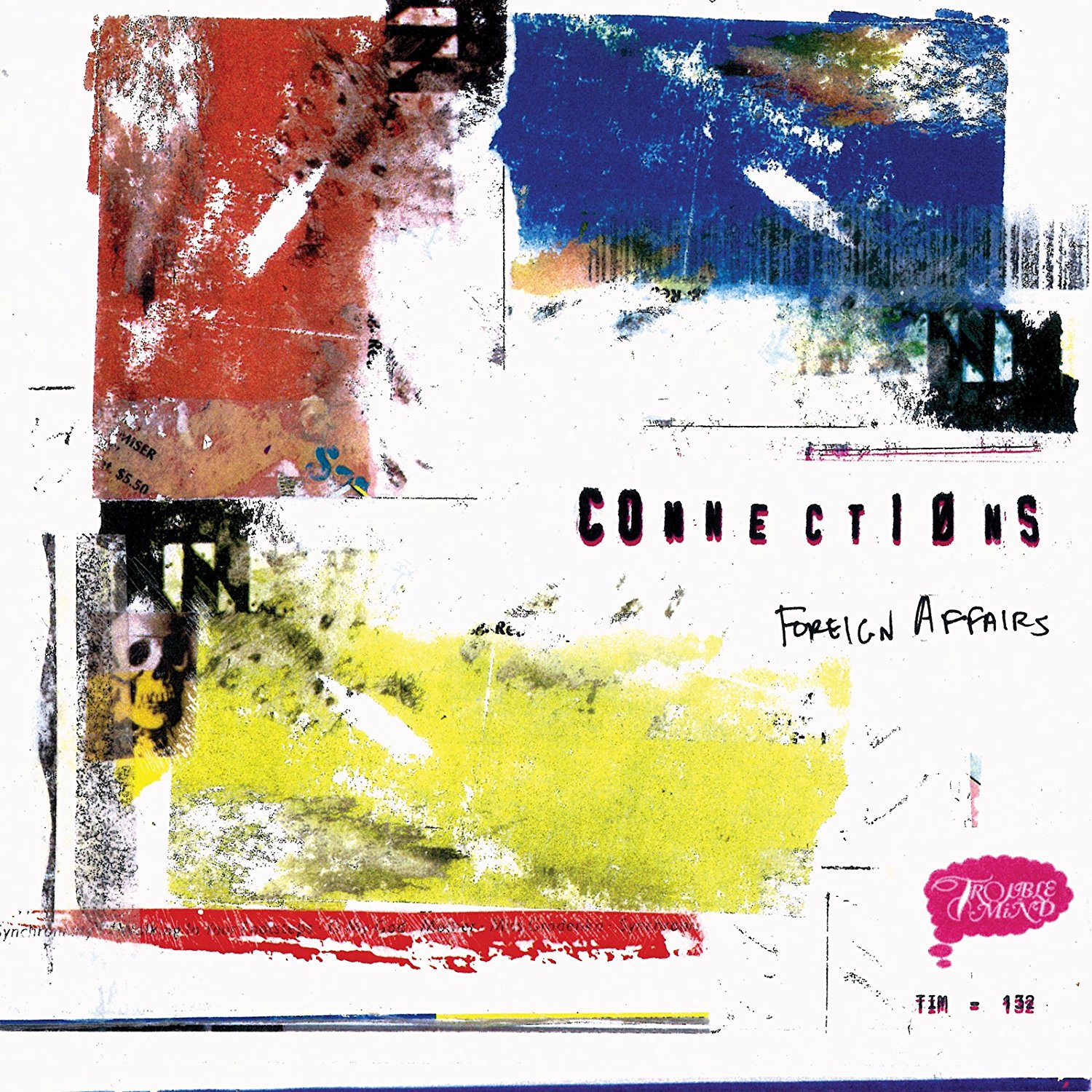 Who: Foreign Affairs is the fifth album, and first for Trouble In Mind, from the Columbus Ohio band Connections that features former members of 84 Nash (Rockathon Records).
Sound: Lo-fi indie pop that mixes the sound of early Guided By Voices with the raw rock of The Replacements.
TFN Final Take: Connections have been releasing a solid slice of lo-fi rock since their 2013 debut Private Airplane. Like all bands, Connections have evolved over the years but also have remained very dedicated to their core sound. Foreign Affairs is a product of that maturity as it is easily the most “complete” record from Connections when it comes to song structures. This is highlighted on the over 4-minute power ballad “Misunderstanding” that builds and boils over as it concludes and on the second 4-minute plus track, “Downtown,” where there is ample room for a big Dinosaur Jr. like guitar solo that gives the mid-tempo number balance. “Low, Low, Low” is another example of a more flushed out track with its big rock chorus that will get lodged in your head.
With the bigger rock moments on Foreign Affairs, fans will be happy to know that Connections still supply plenty of 2-minute rockers that bring you right back to their earlier material like the infectious “Love Me Still.” These are the type of songs that brought you to the band back in 2013 and these are the songs that will still have you flying the Connections banner today. The group is not fancy, stylistic or produced but creates songs that are well written and have little hooks that never leave. Foreign Affairs is a great addition to the Connections discography and should find them more fans as they continue upward and outward with its promotion.
Connections Website
Connections Facebook
Trouble In Mind Records
– Reviewed by Christopher Anthony