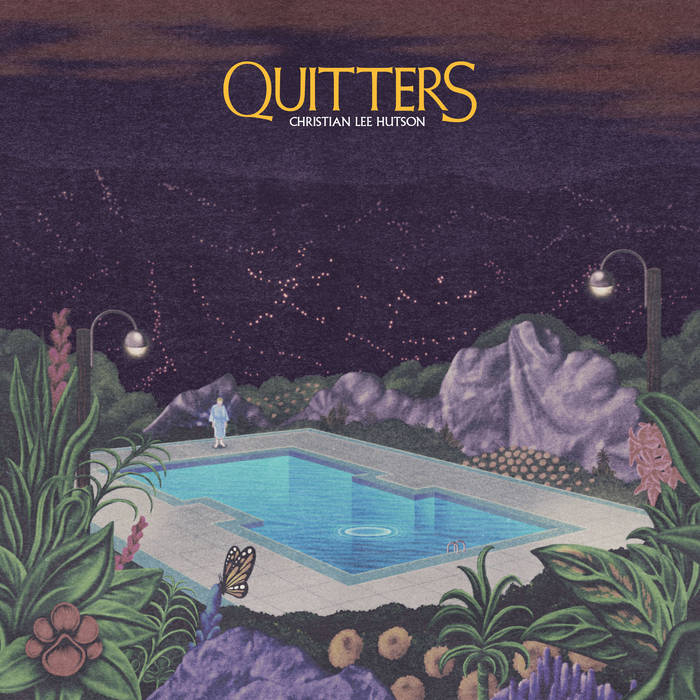 In the songs from his ANTI-Records debut, 2020’s Beginners, modern folk/rock singer/songwriter Christian Lee Hutson wrote songs that looked back to one’s formative years and experiences, the memories and disappointments that shape the person you become. In his follow-up, Hutson seeks to make sense of the events that followed, sorting one’s memories and reliving moments and missed opportunities that you can only see fully from the perspective of time passed. As he sings in the opening track, “Strawberry Lemonade,” “Pain is a way you can move through time/And visit people that are gone in your mind and/Smooth over every wrinkle you can find/The truth can’t hurt you if you know it’s a lie.”

That last recording, produced by friend and collaborator Phoebe Bridgers, was done digitally, and had a clean, polished clarity. This time out, they’ve added Conor Oberst to the production team, and everything is captured to tape, the analog approach allowing a richer, fuller feel throughout. Whether lifting images from his own memory or reflecting on the characters he sees around him in his native California, where “Rich people love to say they had it rough/I know I had a lot but it wasn’t enough/Do you think that makes me a bad guy?/I don’t know.” That moral ambiguity is consistent, Hutson’s songs tell the story, notice moments in time, but don’t offer judgment.

In the fun, pop of “Rubberneckers,” Bridgers adds vocals, Hutson assures a person who’s breaking up with him that “I’m going to be okay someday, with or without you,” but only after admitting that “If you tell a lie for long enough/Then it becomes the truth.” While there’s additional orchestration here and there, horns reminiscent of the jazz age on “Age Difference,” an eerie, haunting guitar solo from time to time, Hutson’s songs work when it’s mostly his finger picking and delicate melodic undertones, as on “Sitting With a Sick Friend.” A couple songs mention dealing with OCD, most directly in “OCDemon,” most of these songs capture a moment of regret, or ask questions about roads left untraveled, tapping the kind of sentimental wondering that comes with reflection and can lead one to a greater sense of self-acceptance.