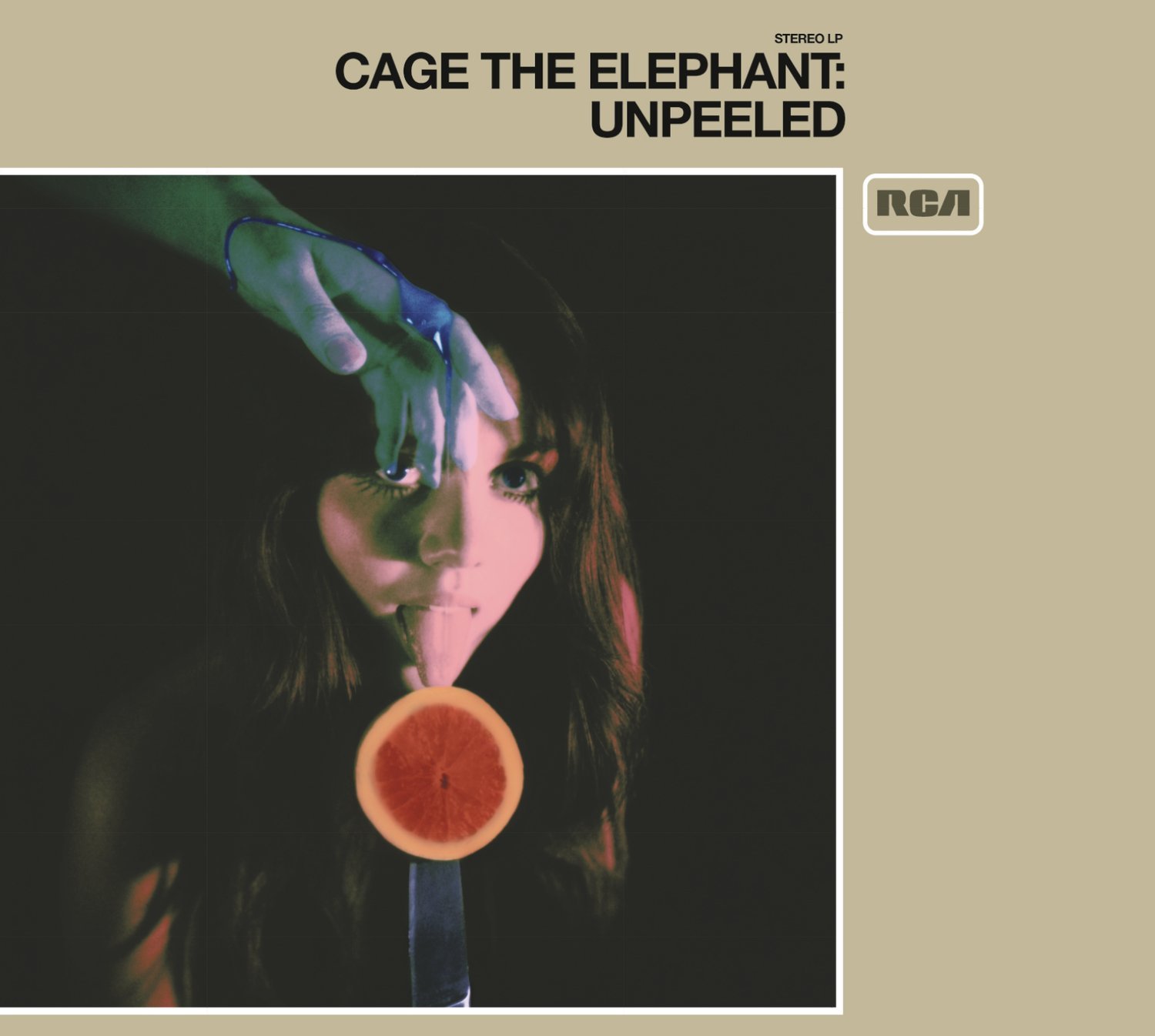 Fire Note Says: A clever way to appreciate a consistent rock band.
Album Review: As someone who’s writing his third Cage The Elephant review, it surprises me how much I enjoyed Unpeeled. Let me explain: Each studio album for Cage The Elephant has varied in its highs and lows, but if you cherry pick the best tracks from each one, add a few interesting covers, and record it live, you get a damn good album. It’s a de facto greatest hits album for Cage The Elephant, and it’s well worth a listen. Even if you wouldn’t call yourself a fan of the band, you should give this one a chance.
Another reason for this album being such a pleasant surprise is that it is a perfectly recorded live album. My complaint for most live albums is that I can hear the crowd much better than the band. That is not the case here – you’re reminded from time to time that the fans are really into the performances but they’re never a distraction. All of the songs are recorded semi-acoustically (my term) with a strings accompaniment and added percussion. That percussion steals the show on “Sweetie Little Jean” as the thudding preceding “I want you back” punctuates the line more forcefully. The strings also add a little something extra to each song that make them feel fresh and alive.

Two of the covers on Unpeeled are Wreckless Eric’s “Whole Wide World,” which has been released as a single, and Daft Punk’s “Instant Crush.” The former is a bubblegum pop gem that was previously unfamiliar to me. It’s catchy and simple, and it may even worm its way into your head. “Instant Crush” is reimagined as an alt-country burner that is so strange it works. Matt Schultz’s vocals are pushed to their limit (and past it, to be honest). Otherwise it’s the ideal for a cover; not a perfect re-creation and imbued with the essence of the cover band.
The only reason Unpeeled isn’t getting headphone-approved status is that most of the material has been released before. However, if you don’t have any Cage The Elephant albums or would like to get familiar with the band, this is a must listen. I have no doubt that I’ll be revisiting this album over the years.
Key Tracks: “Whole Wide World” / “Shake Me Down” / ”Come A Little Closer” / “Cigarette Daydreams”
Artists With Similar Fire: / Dan Auerbach / Portugal. The Man / Arctic Monkeys
Cage The Elephant Website
Cage The Elephant Facebook
RCA Records
-Reviewed by Matthew Heiner