BOYO: Where Have All My Friends Gone? [Album Review] 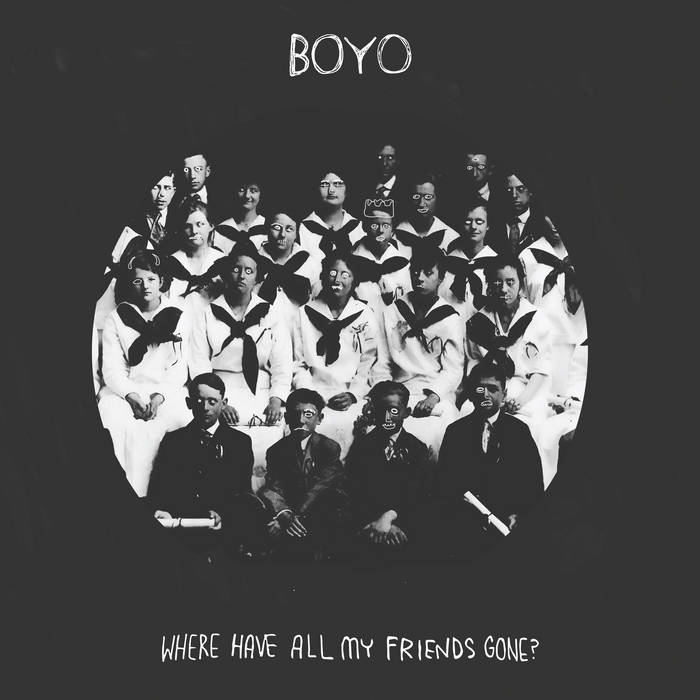 BOYO’s new album Where Have All My Friends Gone? is a refreshing slice of indie rock that blends lo-fi, bedroom pop and fuzzy guitars into one genre as its breakout simple melodies pull you into each song. BOYO of course is the moniker for Los Angeles-based and bred multi-instrumentalist and songwriter Robert Tilden, which really works hard on creating a musical balance that is vocally like if Sufjan Stevens is fronting a more guitar centric band. This mix works well as Where Have All My Friends Gone? is consistently engaging and easy to hum along with.

This album also is not just the next record for BOYO but also a testament to Tilden’s resolve after a serious health scare in 2018. He was able to successfully turn his recovery and isolating time alone into making the record entirely on his own. This personal touch drives the songs but when you listen to the album you would never guess that it does not have a significant backing band.

Much like other artists that are the main conductor in their moniker like Alex Giannascoli (Alex G), Bradford Cox (Deerhunter) and Ben Cook (Young Guv), Tilden has the same independent spirit that makes the more bouncy songs here like “Junk,” “Dogma” and “Backseat Driver” shine. The catchy vocals weaving around the fuzzy guitar base keeps your ear as your foot can tap to each track. The songs stick as Where Have All My Friends Gone? both shines with its focused lyrics and larger than a bedroom production. This is one of those album discoveries that you are glad you paid the price of admission because you will want to spend plenty of time with every song.

Key Tracks: “Dogma” / “Backseat Driver” / “Where Have All My Friends Gone?”