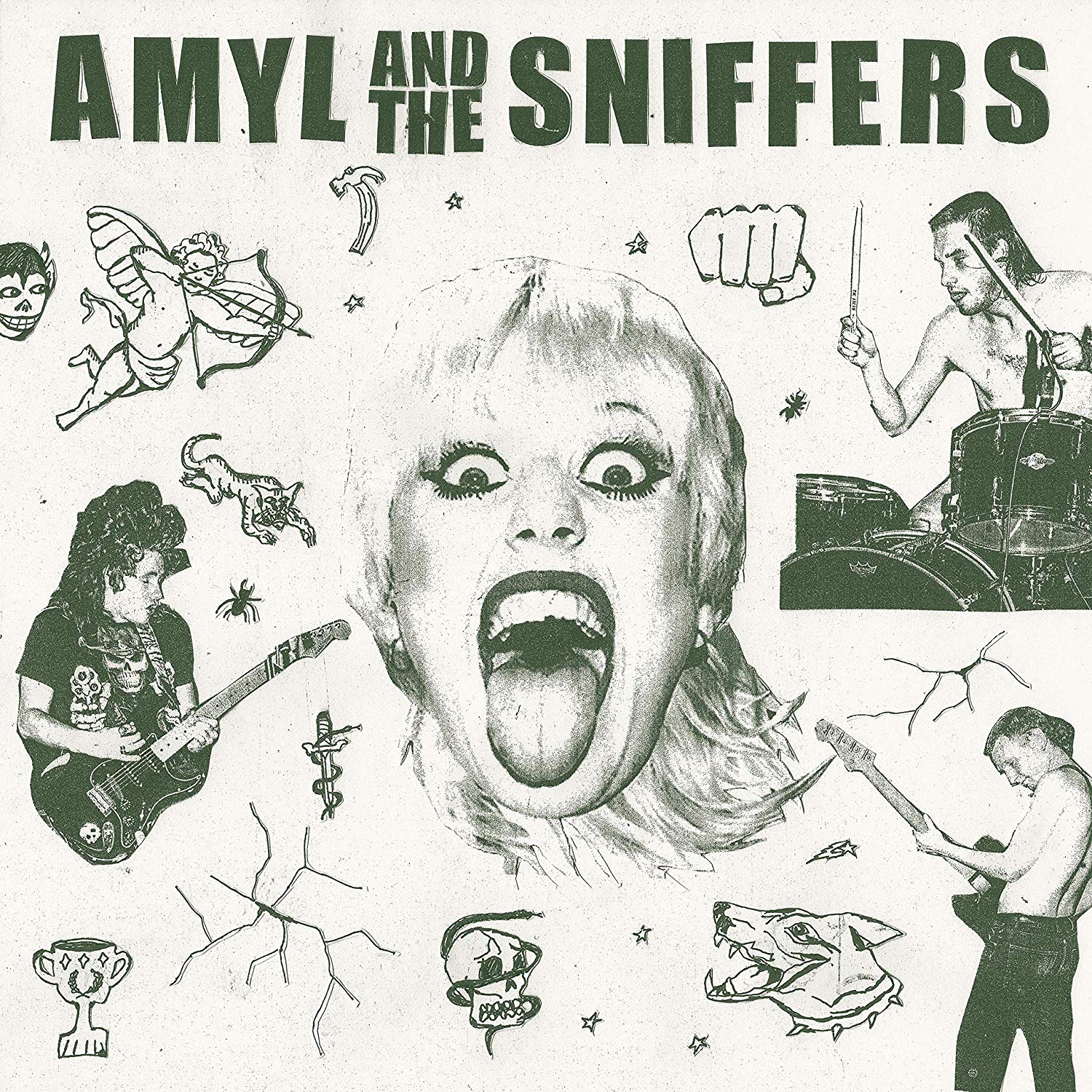 Who: Formed in Melbourne, Australia in early 2016, Amyl and The Sniffers wrote, self-recorded and released their debut EP, Giddy Up, all in a span of twelve hours. Already signed to Flightless Records for Australia and New Zealand, the band capped off a monster year by signing with ATO Records for North America and Rough Trade Records for the rest of the world.
Sound: Punk rock with a snarl. Lead by the vocals of Amy Taylor, this debut is Blondie on steroids with an Art Brut type of spoken/singing delivery and an Iggy Pop swagger.
TFN Final Take: Amyl and The Sniffers have released one of the most explosive records of 2019. Lead by the fierce voice of Amy Taylor, this Melbourne, Australia band spurs out 11 tracks of hard living which covers topics like just trying to get by, one upping and knowing when and how to move on.
What raises the bar on this self-titled debut is that it never tries too hard – it’s just hard. The opening track “Starfire 500” kicks off unconventionally as its first half is just revving up with instruments. When Taylor finally shows up to the party you know you are in for a treat. This is a rock record first that has muscular guitar around every corner. “Got You” includes some call outs of the title which gets the listener involved while “GFY” stands for and just says what we all think.
Once again, Australia is where the ticket is for rock and Amyl and The Sniffers delivers. The energy here is infectious and never wears while the spirit is only half the story as Amyl and The Sniffers will punish you with their live show. This is an album for sure that will find you wanting more but thinking you might not be able to take it. That edge and anxiety is why you will definitely spin it again!
Amyl And The Sniffers Website
Amyl And The Sniffers Facebook
Flightless Records
ATO Records
– Reviewed by Thomas Wilde