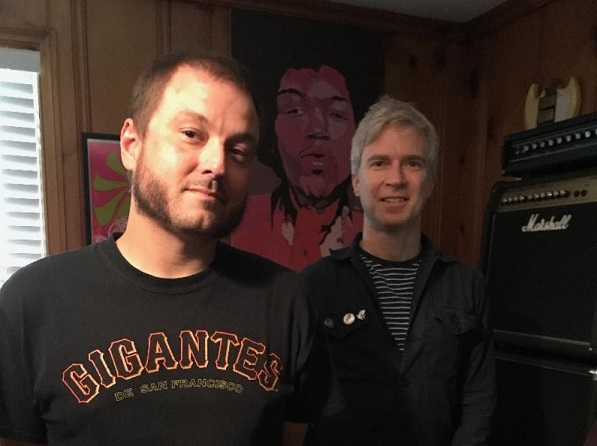 Nada Surf’s Matthew Caws is excited to share his collaboration with Superdrag’s John Davis, “We Are In The Wild And We Are Home.” The proceeds from sales of the track will benefit Americares, a non-profit disaster relief and global health organization providing immediate response to emergency medical needs and supporting long-term health care initiatives for people in the United States and around the world.
Both musicians shared their thoughts on the collaboration:
“John’s an old friend. I’ve been a huge fan of his ever since we toured with Superdrag in 1996. I’ve been wanting to write a song with him for years. We finally talked about it after a Nada Surf show in Nashville last May. It was the last show of the tour and I was going to stay in town for a few days. The next morning I got this text: “Hey man, something you said the other night sort of sent me off in a direction, I’ve definitely got an idea going… with a Jaguar guitar tuned in unison and a cloud of harmoniums and tanpura drones and a sitar doubling your vocal melody… and a lyric about keeping negativity out and radiating love out into the Universe. In the key of D.” Two evenings later, we got together at County Q Studios with drummer Andy Herrin and producer Mike Purcell. We finished the song together in a couple of hours. We were done by 2AM. It was a really magical and positive experience.” – Matthew Caws
“Matthew and I go way back, all the way back to the Summer of 1996, when we both had Buzz Clips and both had the same A&R. We did a good amount of touring together with Superdrag & Nada Surf all over America; we even rode around the UK together for a while, in a little Sea World bus with round windows. But we never got around to working on any music together until recently, when Nada Surf’s tour wrapped up here in town and he wanted to hang out for a little bit to do some writing. I showed up at County Q (Pete Drake’s old place) with a verse ready and sort of a guiding principle I could already hear in my mind, and we just took it from there. I really like the odd juxtaposition of the Bluegrass imagery of “walking down the tracks” and “whispering through the pines” with this Krautrock/Raga Rock backing that eventually ends up evoking both Nada Surf AND Superdrag. Fun times! I’d do it again in a heartbeat.” – John Davis