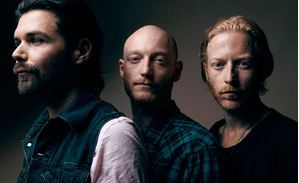 Breakthrough UK band Biffy Clyro have premiered the Big TV-directed video for “Black Chandelier” today.
“Black Chandelier” is the first single off the trio’s upcoming album Opposites, due out in the US March 12, 2013. Produced by GGGarth Richardson, Opposites is the follow-up to the critically-acclaimed Only Revolutions, which sold over one million copies worldwide and earned a Mercury Prize nomination.
Biffy recently treated fans in New York and Los Angeles to sold-out preview shows – look for them touring the US this Spring.