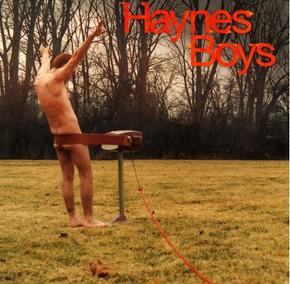 If you have been following Tim Easton long enough then you should know about his time spent with the Haynes Boys. Before his solo outings, Ohio’s Haynes Boys had a great but short run opening for the likes of Wilco, Chris Isaac, REM, Pere Ubu, Tom Petty, Warren Zevon, plus appearances at CMJ and South By Southwest.
After a tape was passed to The Judds it found its way into the hands of producer Brad Jones, who liked what he heard and soon after, a one-album deal was struck with New York’s Slab Recordings. Following a couple self-released 7” singles, a proper album was recorded with Brad and Robin Eaton at Alex the Great studios in Nashville. The rest is history.
Now is your chance to collect this classic on vinyl. You currently can pre-order the album at Re-Vinyl Records HERE. There are 500 copies available which should last for a bit but once word gets out it might go faster than you think.